Better Than You Can Imagine 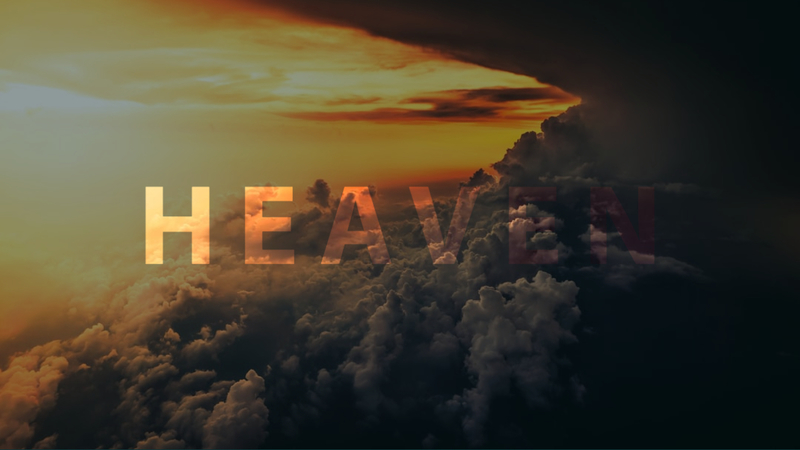 INVITE A FRIEND TO TAKE PART IN THIS SERIES ON HEAVEN!

A new series this weekend HEAVEN - The Great Adventure! Join us for a 5 week series on all things Heaven!

Many of us have confusing ideas about what Heaven is. Will it be a place where float around and play harps all day? Will it be a really long (eternally long) church service? Jesus wants us to know the truth that there is a better life waiting, a richer life, a truer life, one that will not fade away, will not deteriorate, that can not be taken.

That's a heavy load for the next five weeks, but I am excited for it!

I encourage you to invite a friend or a neighbour with you over these weeks. Just say we are talking about Heaven and if they wanted to find out more information, this would be a great place to start. SHARE the link of the services to someone!

Revelation 13:5-6
5 The beast was given a mouth to utter proud words and blasphemies and to exercise its authority for forty-two months. 6 It opened its mouth to blaspheme God, and to slander his name and his dwelling place and those who live in heaven.

Matthew 6:19-20
19 “Do not store up for yourselves treasures on earth, where moths and vermin destroy, and where thieves break in and steal. 20 But store up for yourselves treasures in heaven, where moths and vermin do not destroy, and where thieves do not break in and steal. 21 For where your treasure is, there your heart will be also.

Luke 23:40-43
40 But the other criminal rebuked him. “Don’t you fear God,” he said, “since you are under the same sentence? 41 We are punished justly, for we are getting what our deeds deserve. But this man has done nothing wrong.”
42 Then he said, “Jesus, remember me when you come into your kingdom.”
43 Jesus answered him, “Truly I tell you, today you will be with me in paradise.”

Mark 9:2-6
2 After six days Jesus took Peter, James and John with him and led them up a high mountain, where they were all alone. There he was transfigured before them. 3 His clothes became dazzling white, whiter than anyone in the world could bleach them. 4 And there appeared before them Elijah and Moses, who were talking with Jesus.
5 Peter said to Jesus, “Rabbi, it is good for us to be here. Let us put up three shelters—one for you, one for Moses and one for Elijah.” 6 (He did not know what to say, they were so frightened.)

Revelation 6:9-11
9 When he opened the fifth seal, I saw under the altar the souls of those who had been slain because of the word of God and the testimony they had maintained. 10 They called out in a loud voice, “How long,Sovereign Lord, holy and true, until you judge the inhabitants of the earth and avenge our blood?”11 Then each of them was given a white robe, and they were told to wait a little longer, until the full number of their fellow servants, their brothers and sisters, were killed just as they had been.

Revelation 21:1-4
Then I saw “a new heaven and a new earth,” for the first heaven and the first earth had passed away, and there was no longer any sea. 2 I saw the Holy City, the new Jerusalem, coming down out of heaven from God, prepared as a bride beautifully dressed for her husband. 3 And I heard a loud voice from the throne saying, “Look! God’s dwelling place is now among the people, and he will dwell with them. They will be his people, and God himself will be with them and be their God. 4 ‘He will wipe every tear from their eyes. There will be no more death’ or mourning or crying or pain, for the old order of things has passed away.”

John 14:6
6 Jesus answered, “I am the way and the truth and the life. No one comes to the Father except through me."

Mark 8:34-36
“Whoever wants to be my disciple must deny themselves and take up their cross and follow me. 35 For whoever wants to save their life will lose it, but whoever loses their life for me and for the gospel will save it. 36 What good is it for someone to gain the whole world, yet forfeit their soul?

John 3:16
"For God so loved the world that He gave His only Son, that whoever believes in Him should not perish but have eternal life." 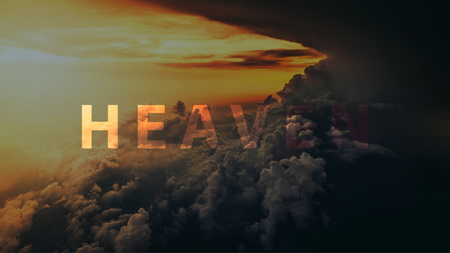 Better Than You Can Imagine
HEAVEN